The Safe4RAIL-2 project will reduce failures in critical systems that ensure passenger safety, such as acceleration controls, braking and smoke and fire detection 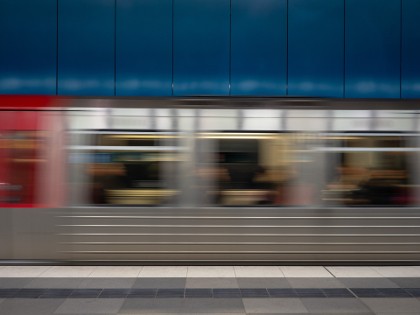 The IKERLAN technology centre is responsible for coordinating the European Safe4RAIL-2 R&D+i project, which aims at enhancing the robustness and flexibility of the train bus, as well as the internal communications hub for the units controlling critical aspects of passenger safety, such as brakes, acceleration controls, smoke and fire detection and warning systems, among others.

The project, which is part of the European initiative called Shift2Rail Joint Undertaking (H2020), has a budget of around €4 million and features three lines of action that will be taken on by a research consortium of eight entities in five countries.

The initiative, which took its first steps in October 2018 and developed over 31 months, is based on the results obtained from a previous European project called Safe4RAIL, of which IKERLAN also participated.

The developments of the Safe4RAIL-2 project will be integrated into two pilot projects in Beasain (Spain) and Hennigsdorf (Germany) and will be implemented with the cooperation of the European project CONNECTA-2, led by CAF, whose consortium includes leading rail manufacturers and operators in Europe.

One of the objectives established by Safe4RAIL-2 is to improve the accuracy of data monitoring and control and the way it is managed by the train bus (Train Control and Monitoring Systems or TCMS). Accordingly, the consortium is looking into ways to implement the Time Sensitive Network (TSN) technology for the first time in the railway sector, which has mechanisms to create, distribute, synchronise and operate systems in real time.

This technology provides train communications with greater time determination. This means that it will provide more accurate information at the moment in which the train bus receives information from the systems it controls.

“It's like having a very precise watch. The TSN technology can communicate with very high precision, providing greater safety for train operations,” explained Aitor Arriola, researcher at IKERLAN and coordinator of the Safe4RAIL-2 project.

Eliminating of cables to improve traffic

The first Safe4RAIL project had the objective of saving 10 kilometres of cable for every 20 meters of train, however, this second project intends to go even further by developing a wireless solution for the train bus and eliminating the need for any physical connections between the cars.

At present, the arrangement of train cars are mechanically coupled together. By doing away with the control wiring and moving towards a wireless solution, there will be much more flexibility for hitching and unhitching the cars. This will reduce maintenance costs and optimise the amount of space utilised over the network.

Wireless technologies will allow for flexible communications between the various components of the train and other interconnected elements (other trains, passengers, etc.), which will result in a smarter rolling stock of European trains and a more efficient railway system.

“The robust and wireless communication between cars will take advantage of the space between the trains and, therefore, there will be more trains running along the same rail line”, explained Arriola.

Brake, traction and air conditioning controls are some of the operations managed by applications installed within train control units and operated remotely. The third and final pillar of the Safe4RAIL-2 project focuses on providing the developers of these applications the possibility of testing them virtually and this way they can be approved before the actual devices are installed onto the trains.

This technology opens up more efficient ways to verify whether the new applications can be properly integrated within the set of train operations, which is something that can only be done currently by physically installing this new technological innovations on the trains themselves.

The possibility of virtual testing within an off-line environment will streamline the development times of new applications.

One other advantage of the Safe4RAIL-2 technology for the a train control bus is that it will provide a framework with interoperability assurances for the train application manufacturers.

“In today’s train systems, interconnections and interoperability are not fully optimised. For the most part, braking, weather, doors and electrical systems are designed by different companies without a clear interoperability vector. This is the reason behind why Safe4RAIL-2 focuses on striving for efficient interconnections, standardised interfaces and an improved safety level for distributed train systems and applications,” stated Arriola.

IKERLAN is a leading centre for technology transfer and for providing competitive value to companies due, among other things, to the expertise of its researchers. It offers comprehensive solutions by combining different fields of technology in three main areas: Electronics, information and communication technology (EICT), Energy and power electronics and Advanced manufacturing. It currently has a staff of approximately 300 people.

This project has received funding from the European Union’s Horizon 2020 research and innovation programme under grant agreement No. 826073. The information and views set out in this document are those of the author(s) and do not necessarily reflect the official opinion of Shift2Rail Joint Undertaking. The JU does not guarantee the accuracy of the data included in this article. Neither the JU nor any person acting on the JU’s behalf may be held responsible for the use which may be made of the information contained therein.