It is a converter designed from silicon carbide semiconductor (SiC), a material that is emerging in the railway industry. This solution allows 30% size reduction and 20% weight reduction, apart from incrementing the efficiency compared to currently used devices. Results have been tested under the European project framework Roll2rail. 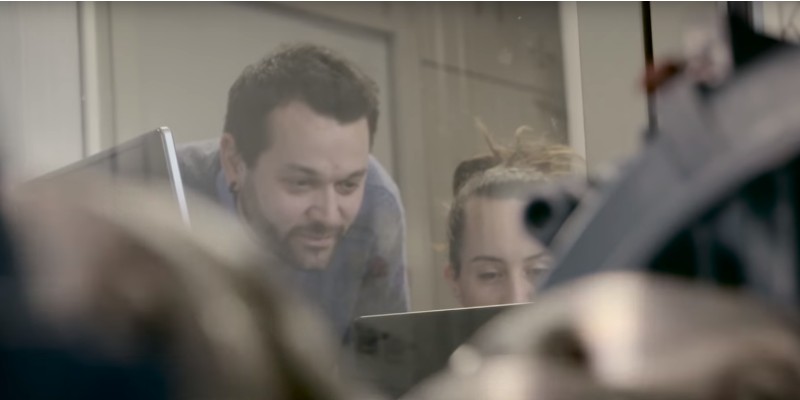 The railway industry is in a constant seek of technologically advanced solutions allowing the creation of trains increasingly lighter, reliable and efficient. In this context, railway system manufacturer based in Guipuzcoa CAF Power & Automation and the technological centre IK4-IKERLAN have developed an innovative electric traction system for trains that allows 30% size reduction, 20% weight reduction and 50% increment of power efficiency of currently used devices.

This solution is a converter designed from silicon carbide semiconductor (SiC). It is a material that is emerging in the railway industry, which improves the features of common components, such as a higher switching speed or greater thermal conductivity, key factors for a better performance in these type of devices. Converters are key elements for the operation of a railway system, since they transform the electrical power in the force driving the engines of a train.

"This project represents a starting point for the application of SiC technology to converters of railway vehicles, which will lead to an increment in the capacities of our trains and energy saving", says Txomin Nieva, Director of Product Development of CAF Power & Automation. Nieva adds that, due to this collaboration, the company based in Guipuzcoa meets the objective to provide its customers with the best solutions. "This type of projects helps us to reassert our position as reference in design and manufacture of railway systems, and to stay on the cutting edge of technology".

The development has been performed within the framework of the European project Roll2Rail, which started in 2015 and finishes this next October. The public-private partnership Shift2Rail, dedicated to coordinating the major modernisation initiatives of the European rail industry, has driven this initiative as part of the Horizon 2020 programme of the European Union.

Roll2Rail has had a funding of 16 million Euros and, apart from CAF Power & Automation and IK4-IKERLAN, more than thirty companies, technological centres and universities reference in the European railway industry have participated.

The potential offered by SiC technology has been proven thanks to a real scale prototype developed in collaboration by both entities, in response to the recent needs of the railway transportation, as well as weight reduction and energy efficiency of trains.

"We have worked hand in hand with CAF Power & Automation to find a solution for the company, which is much more efficient than the current one", says Alejandro Rujas, Manager of the Power Converter Specialization Team at IK4-IKERLAN.

The use of silicon carbide in the traction equipment has allowed us to reduce the volume and weight of power cores and that of the magnetic elements. In addition, it allows us to improve energy efficiency of common conversion systems by reducing electrical loss in conversion".

IK4-IKERLAN has been long working in new generation converters based on silicon carbide (SiC) and gallium nitride (GaN) semiconductors for several applications. Thus, it is about a project that may open new ways beyond the railway industry.

"This technology is not only applicable to traction systems in trains, but to all those converters in which efficiency and system volume play a key role, such as new generation of electrical vehicles, industrial sector or renewable energies", explained Rujas.

In this regard, the technological centre of Arrasate-Mondragon collaborates with reference companies such as the manufacturer of lifting systems Orona for the development of more efficient lift converters.

"Research in this subject is presenting new opportunities, and new generation semiconductors may provide our companies with a great competitive value, apart from helping us to move forward to a society with a more sustainable future", concludes Rujas.

About CAF Power and Automation

CAF Power & Automation is a technological subsidiary of CAF Group, worldwide reference in design and manufacture of railway systems, which develops traction, control and communication solutions, and embarked stored energy that are integrated to railway vehicles of 32 countries.

The company has a workforce of more than 250 employees allocated in San Sebastian, Irura and Madrid subsidiaries, apart from the commercial offices of India and the United States.

IKERLAN is a leading centre for technology transfer and for providing competitive value to companies due, among other things, to the expertise of its researchers. It offers comprehensive solutions by combining different fields of technology. This is possible owing to its high level of specialisation in three main areas: Electronics, information and communication technologies (EICT), Energy and power electronics and Advanced manufacturing. It currently has a staff of approximately 300 people.