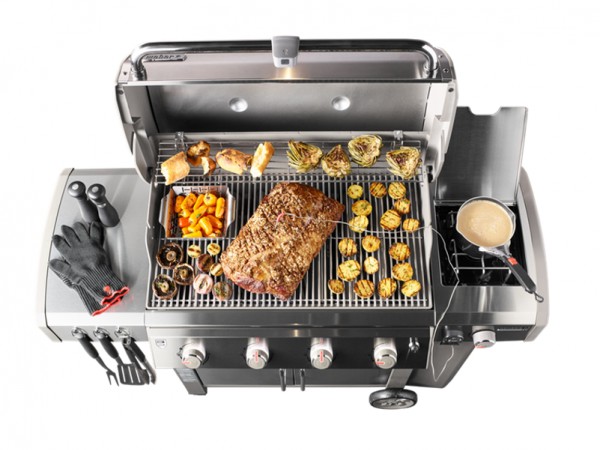 The technological centre IK4-IKERLAN and the cooperative Copreci have cooperated in the development of an innovative combustion system for outdoor gas barbecues for the American giant Weber, improving its ignition process, the combustion conditions and increasing its safety. The novelties and improvements introduced in the system have led the American manufacturer to patent the new design; an application in which both the technological centre and the Basque cooperative are recognized as its inventors.

The American manufacturer decided to modify the geometry of the burner nozzles of the barbecues with the purpose of extending their life and the warranty to 10 years, almost twice the term offered by its competitors. IK4-IKERLAN has participated in the development of combustion systems of the new range of barbecues, focusing mainly in the development of the gas input nozzle.

After developing several prototypes, Copreci in charge of providing Weber with the ramps and gas valves, has come up with an optimized device created for the American and European barbecue models.

The resulting design (an atmospheric venturi-type burner), which is already under the process of industrialization, has succeeded in improving the air and gas mixture necessary for combustion, in addition to providing more strength to burners, due to manufacturing tolerance, in addition to an improvement in the homogeneity of the flame and safety of the barbecue ignition.

With their participation in the design and manufacture of this combustion component set, IK4-IKERLAN has made Copreci strengthen its business relationship with the best seller of gas barbecues in the world, and has helped in the Weber consolidation as world leader of its sector.

The technological centre has been able to provide in this project the accumulated expertise during more than 20 years by its mechanic group in the scope of the development and manufacture of burners, as well as the use of cutting edge tools of fluid dynamics simulation. Its facilities have also been useful to carry out all tests and experiments necessary for the design of this new equipment.

IKERLAN is a leading centre for technology transfer and for providing competitive value to companies due, among other things, to the expertise of its researchers. It offers comprehensive solutions by combining different fields of technology in three main areas: Electronics, information and communication technology (EICT), Energy and power electronics and Advanced manufacturing. In 2017, AENOR, has certified IK4-IKERLAN’s comprehensive management system (UNE-EN ISO 9001:2015 and UNE 166002:2014), which is a acknowledging of the excellence of the centre in the R&D&I area. It currently has a staff of approximately 300 people.